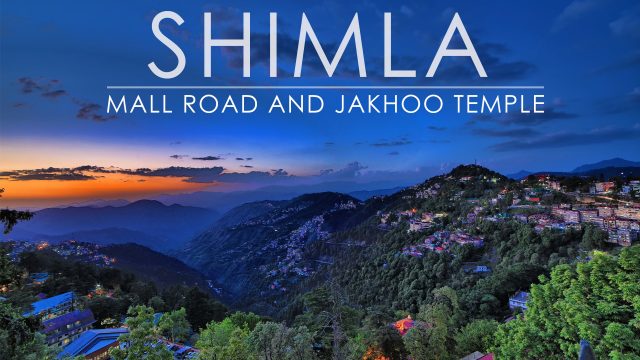 Jakhu temple is one of the famous temple in Shimla with its great religious implication and comes under the key charm of Shimla. Jakhu temple is situated between the hub of Shimla i.e. , the Mall Road and the Ridge which are the other two utmost attractions of Shimla, where 108 feet high statue of Lord Hanuman is there and is the idol which is worshipped by everyone.

If we talk about the distance of Jakhu temple from the Mall Road then one needs to encounter it with the road paved path which connects from the Ridge to the Jakhu temple or even the other more fascination option to cover it with the help of JAKHU ROPEWAYS which provides ultimate fun of cable car ride which fetches tourists eyes with the hidden divine beauty of nature which cannot be expressed in words.

If we approximately measure the distance then the calculation comes over to 2 kilometers or 1.2 miles or 1.1 nautical miles. The time to reach the Jakhu Temple can be different since it totally depends on which mode of transportation we are using, since the distance covered by taxi, cable car ride and walk differs, hence in order to shorten the distance and to reach their within minimal coverage of time.

It takes approx. 30-40 minutes to travel the distance from road by walking through the trodden road, moreover if we talk about cable car ride then one will take just 5 minutes to reach to the Jakhu temple but one near to bear a minimal cost if one is covering the distance through Jakhu Ropeways i.e., 500 per person which is safer option than taken help of taxi and drive them through the steep slopes.

Jakhu can easily be accessible through the Mall Road and from the Ridge too, it takes 7.2 km which is just 15-20 minutes to reach the Jakhu temple. One can easily get taxi from the Ridge and can move to the steep and narrow road. This place is famous not only for religious but also famous for historical significance and have serene sight, which makes the visitors feel pleasant. This place has a huge menace of monkeys who snatch food items, mobile phones etc., whatever is there in hands so one needs to be very careful.

The Jakhu temple is situated at the highest place in Shimla, the statue of Shri Hanuman considered to be the biggest statue in country. The statue can be seen from any point in Shimla.

This temple has many hidden stories which demarks the unknown historical myths or truth, it is believed that Lord Hanuman has stopped here when he was bringing sanjeevne butti, which makes this place under the shrines of religious tombs.

Jakhu temple distance from the Mall Road Shimla provides the snapshots of the cuisines of Shimla and the other featuring items which reflects the serene beauty of Shimla which triggers the mindsets of the visitors and due to the famous location and high religious and historical significance Jakhu temple comes under the top attractions of Shimla.

Best Places to Visit near Delhi for Snowfall